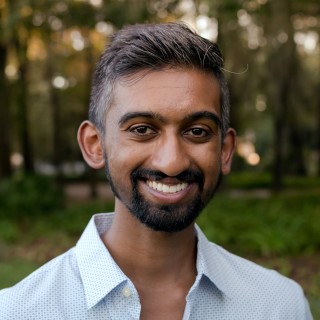 The Soul of an Octopus: A Surprising Exploration into the Wonder of Consciousness

Soul of an Octopus had the potential to be really interesting look at the biology of the octopus, but was disappointing. The work starts out with a description of how different the octopus is from most creatures, for example their independent central nervous systems in their tentacles, their incredible social intelligence, and their elastic bodies. This was super captivating. However, the story quickly devolves into accounts of repetitive experiences the author had with octopuses, and the authors own experience, for example, scuba diving. These were much less interesting. I do value the overall position of the work though and its potential to improve our perspective towards (non-mammalian) animals, and in effect, reduce our consumption of them. I think that this message would have been better served as a long form article or feature. The author’s interview on the Ezra Klein Show is a better alternative to this book, in my opinion.

Set in the 20th century, Pachinko follows a multi-generational Korean family as they navigate the harsh conditions of racism and poverty in Japanese-occupied Korea and Japan.

The first thing that jumped out to me after finishing this book is that it is really well written. Although it covers almost a century of political and intergenerational issues, it doesn’t feel like it’s squeezing in too much content. Each chapter usually fast-forwards a couple years in the family’s story, but you never feel like you’ve missed a beat. The author beautifully weaves in personal dynamics between family members with larger sociopolitical conflicts of the Asian region during this period (e.g. The Depression, World War II, Korean War, etc.).

Each character had complex motivations throughout the story, but each could be clearly traced back to the effects of racism, inter-generational, the patriarchy, and more. It was so interesting to be able to connect each character’s development to these larger social issues at play, which are culturally universal and relatable in some form or another.

Really great book if you’re looking for a beautifully written, sweeping historical fiction. I learned a ton about the 20th century Korean experience, and found a lot of parallels to the Indian and Indian-American immigrant experience.